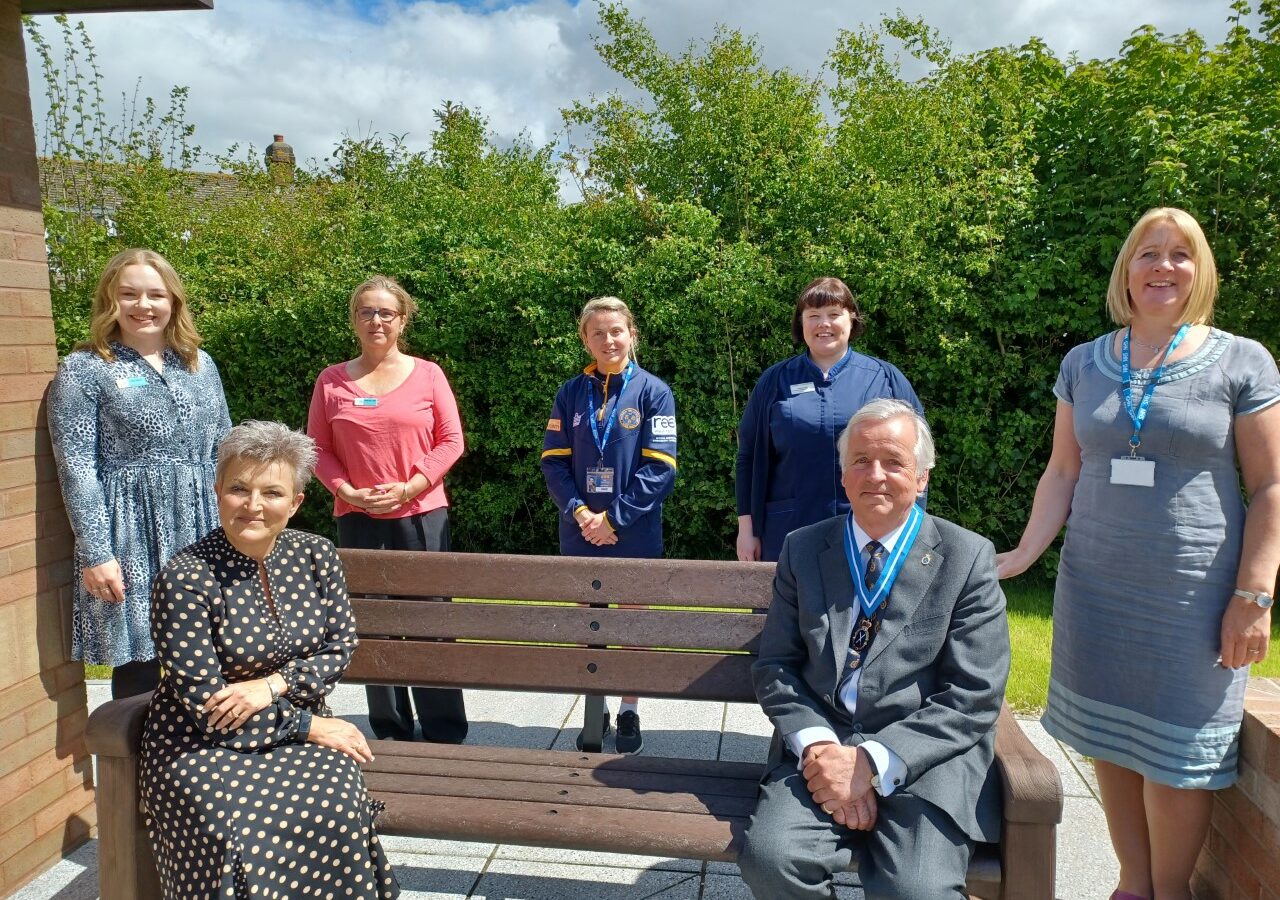 Hardworking teams from the Lingen Davies Cancer Centre have been thanked for their dedication to duty by not one – but two High Sheriffs of Shropshire.

Anthony Morris-Eyton who took over the honorary role in April, was joined by last year’s High Sheriff Dean Harris, at a special event hosted by Lingen Davies Cancer Fund to mark the exemplary service given by all staff members to cancer patients at the hospital throughout the charity’s 40 year history.

Teams from different departments came together in a covid-friendly setting to celebrate the work of the cancer centre, and the links it has to the Lingen Davies Cancer Fund which supports its operation, and fundraises to improve the patient experience. The event was due to be held last year and hosted by Dean Harris, but had to be delayed because of the pandemic.

Mr Morris-Eyton said he was delighted to be taking part alongside the previous High Sherriff to recognise the work of everyone involved in treating cancer patients at the Royal Shrewsbury Hospital.

“It’s vital to recognise the work of Shropshire’s unsung heroes and I will be championing the work of charities throughout the county this year.

“We have to do everything we can to support charities as much as possible. Public funding is one of the real issues and the charity sector needs to plug the gaps,” he said.

Helen Knight, Development Manager for the Fund, said it was wonderful to finally be able to host the recognition event and thank staff for their hard work in caring for cancer patients from Shropshire, Telford and Mid Wales.

“We know that the hard work of everyone involved with the NHS has been at the forefront of people’s minds this last year and as a nation we have joined together to clap for our NHS heroes. We wanted to organise something to say a very special thank you to the fabulous teams of staff who keep the Lingen Davies Cancer Centre operating, and have been doing so for more than 40 years now.

“We invited everyone to join our celebration afternoon and shared ideas and information about how the charity can continue to support the vital work of the staff delivering treatments.

“It’s been a thank you for the last 40 years and we’ve had some great feedback from the staff involved,” she added.

Anna Williams, has been a Healthcare Assistant on the Haematology ward for 18 years, she said everyone on the team is dedicated to delivering the best care and support possible for patients and their families.

“I always think how I would want my family to be treated if they were in hospital receiving treatment, and I do whatever is needed. I’ve seen lots of changes over the years but I’m still here, it’s a wonderful team to be a part of and we build some great relationships with patients in our care,” she added.

The current High Sheriff of Shropshire Tony Morris-Eyton and his predecessor Dean Harris with staff from the Lingen Davies Cancer Fund and Shrewsbury Town in the Community.