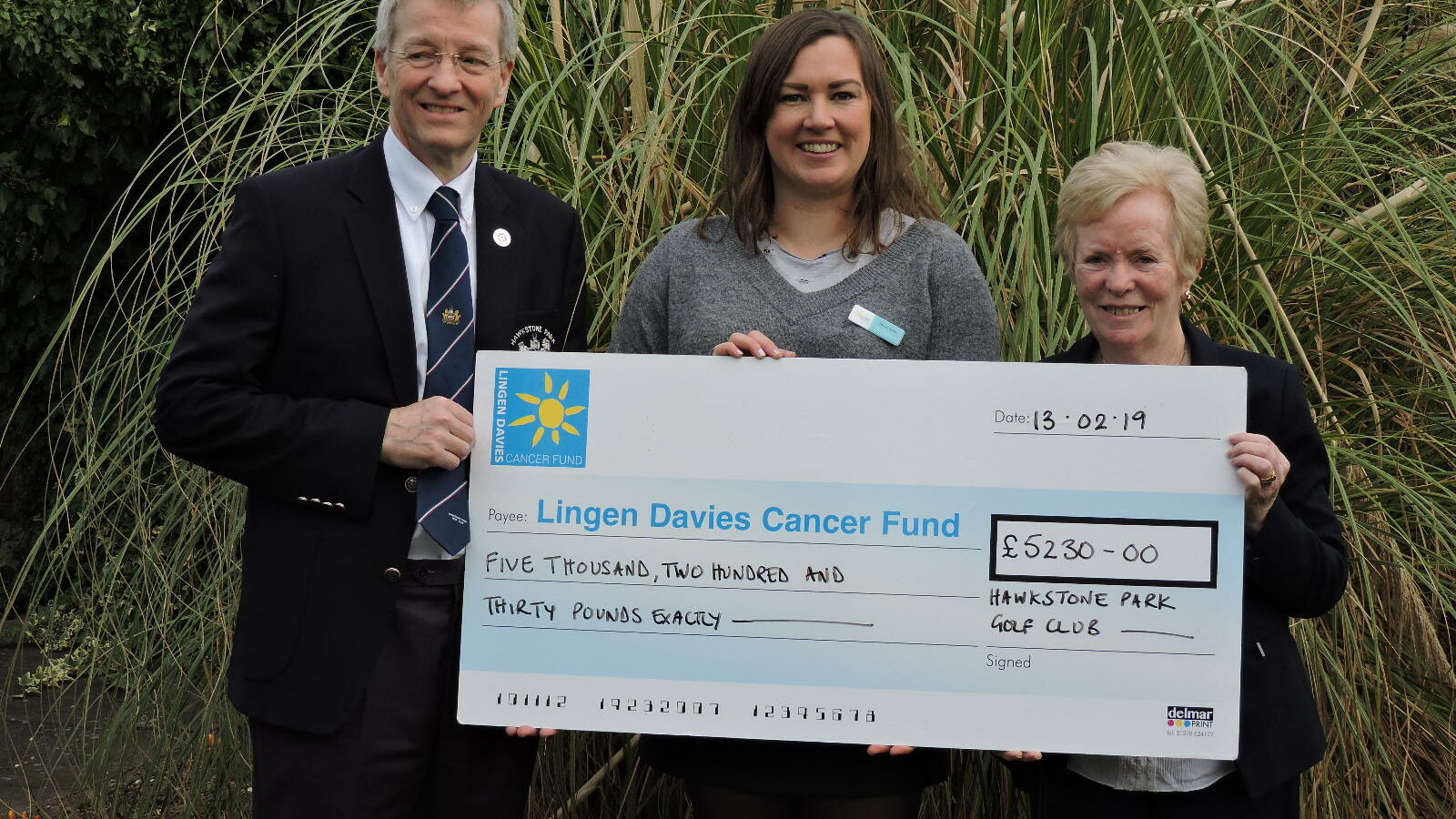 The Lingen Davies Cancer Fund raises money to; improve cancer prevention, enhance treatment  and support patients through their recovery. The Fund celebrates its 40th anniversary in June 2019  and its current appeal is to raise an additional £1.25 million.

Naomi Atkin said “We are very grateful for the generosity of the Hawkstone Park Golf club members. This is a wonderful sum of money that will contribute towards us reaching our £1.25 million target in time for our anniversary in June. Thanks to everyone who has contributed over the course of the year”.