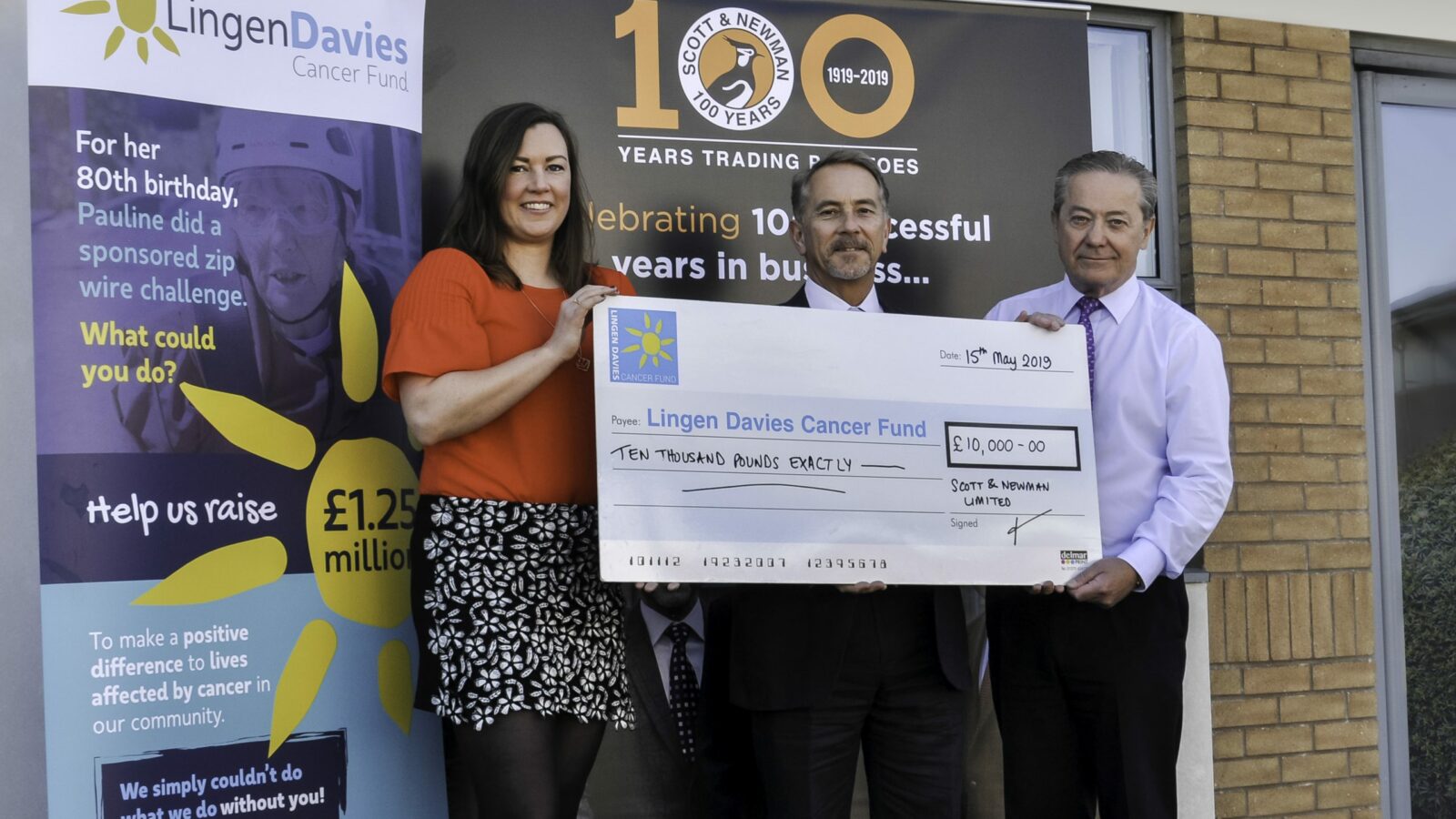 Scott & Newman, the Shrewsbury based Ware and Seed Potato Merchant, are celebrating 100 years in business this year, and the donation includes £3,000 raised by potato farmers at their centenary celebration event at Ludlow Racecourse on May 12th. The event was a great success, with over 270 guests enjoying lunch and a day of racing.

Lingen Davies Cancer Fund exists to make a positive difference to lives affected by cancer in Shropshire, Telford & Wrekin, and Mid Wales. The charity was founded in 1979 by former Mayor of Shrewsbury Bernard Lingen and accountant Frank Davies, with the initial aim of raising funds to establish a radiotherapy service in Shropshire for the first time. Since then, the charity has continued to raise funds to support local cancer services. The charity celebrates its 40th anniversary on June 5th 2019 with the completion of a £1.25 million appeal.

Ray Owen, Chairman of Scott & Newman Limited said “After losing loved family members and friends Scott & Newman and their suppliers readily support the Lingen Davies £1.25 million and thank them for the support they give to all cancer sufferers.”

Naomi Atkin, CEO of Lingen Davies said “We are so grateful to Scott & Newman for their generosity. This donation has helped us achieve our appeal target three weeks ahead of time, and that means we can get important funding to the places it is most needed, more quickly.

It’s great to have support from such an established local business. We are extremely proud of our links to local people and businesses in our community, and it’s great to be celebrating our 40th anniversary and the Scott & Newman centenary together”.