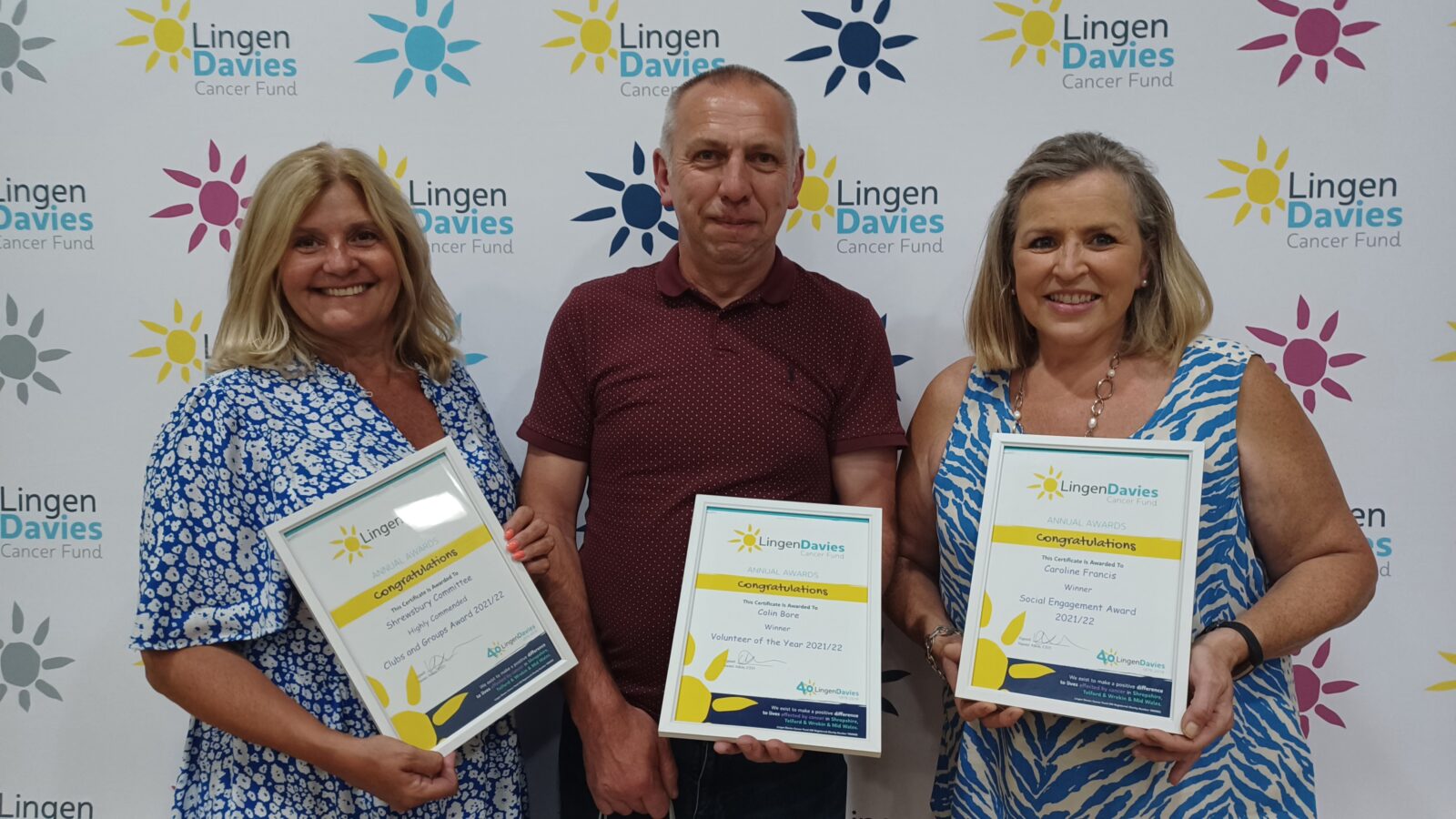 We’re delighted to reveal we’ve smashed our million pound target this year – for the first time in our 43-year history.

We made the announcement at our recent annual awards evening where we recognised the success and achievements of the fundraising community. Up to 200 guests, including the charity’s Patron Lady Heber-Percy, and the High Sheriff of Shropshire Selina Graham, gathered at Shrewsbury College to celebrate achievements, remember loved ones, and thank the hard work of so many.

Naomi Atkin, our CEO, delivered the news at the end of the celebratory evening as plans for the next five years were also revealed.

“The Lingen Davies awards event is a very special part of our calender where we welcome our supporters, both old and new, to join us and mark the achievements of so many,” Naomi said.

“We are tremendously grateful to have such a fabulous team of people behind us who all go above and beyond for the charity – as a way of thanking staff in the Lingen Davies Cancer Centre for their care, treatment and support given.

“I am very proud to be able to announce that for the first time in our history Lingen Davies has become a million pound charity.

“But we still have so much work to do and so cannot take that for granted. We have big plans for growth and our LiveLife Cancer Awareness Service where we go out into the community throughout Shropshire, Telford and Mid Wales, is only just beginning.

“The next five years will be hugely important for the charity, we have a lot we want to do, a lot of projects and support initiatives we want to deliver, and an increasing number of people who need our help,” she added.

Ougoing Chair of the Lingen Davies trustees, Mandy Thorn MBE DL, said it was a remarkable evening to celebrate so many people doing fabulous things for others.