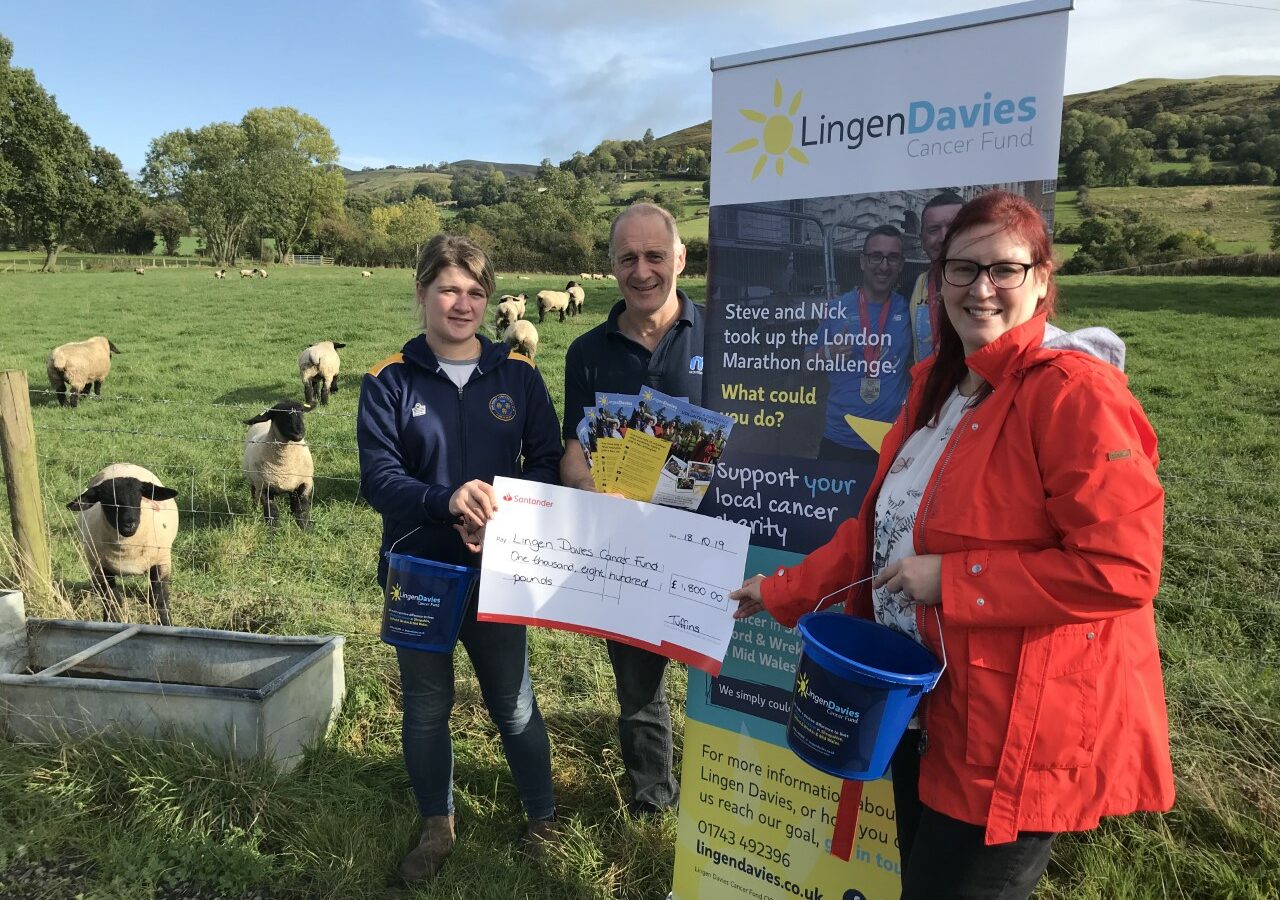 “What an imaginative thing to do to raise money to support a local cancer charity, EWE are amazing”

These are statements local cancer charity, Lingen Davies Cancer Fund found themselves saying when they received details of an unusual donation.  Staff were surprised and delighted to hear from Paul Delves, Managing Director at Shropshire’s Largest Independent Supermarket chain Tuffins, that he had auctioned a Suffolk Ewe Lamb and raised £1800 for the local cancer charity.

Paul explained that his mother, Ruby Delves had received treatment for cancer at the Lingen Davies Cancer Centre but had sadly passed away in 2015.  He wanted to do something to give a little back to local cancer services and in 2018 decided to auction a Ewe from his family farm that he runs with his daughter Georgia, the Suffolk Ewe Lamb selling for £1800 at Auction in Carlisle.

He said “Lingen Davies is great local charity benefiting thousands of local people from Shropshire, Telford & Wrekin, and Mid Wales who are affected by cancer”

Tuffins has sites at Craven Arms, Welshpool, and Builth Wells.  Paul recognises the importance of businesses being at the heart of their local Community and is proud that Tuffins are able to sponsor local YOUTH football teams alongside the shirt sponsorship at Shrewsbury Town Football Club.  Through Tuffins he runs a ‘making a difference fund’ where a % of each sale is donated back into the local community.

Naomi Atkin, Chief Executive Officer at Lingen Davies Cancer Fund said “As a charity, we are incredibly lucky to receive support from many different individuals and businesses from across the area of Shropshire, Telford & Wrekin, and Mid Wales, in which we fundraise for local cancer services.  I’m not sure we’ve ever had a Ewe Lamb auctioned though as a form of raising funds and this will stay in our memories a long time!

We’re also delighted to receive support from a firm such as Tuffins, who, like ourselves are very focused on the local communities in which we work, and hope we can do more together in the future to make a difference to the lives of those affected by cancer.”

Lingen Davies Cancer Fund raise money to make a positive difference to the lives of people across Shropshire, Telford & Wrekin, and Mid Wales who are affected by cancer.  The monies raised go towards buying the latest equipment that help with both diagnosis and treatment, fund nurse positions, run community programs, and raise awareness of cancer.  On average 300 people a day visit the centre at Royal Shrewsbury Hospital.