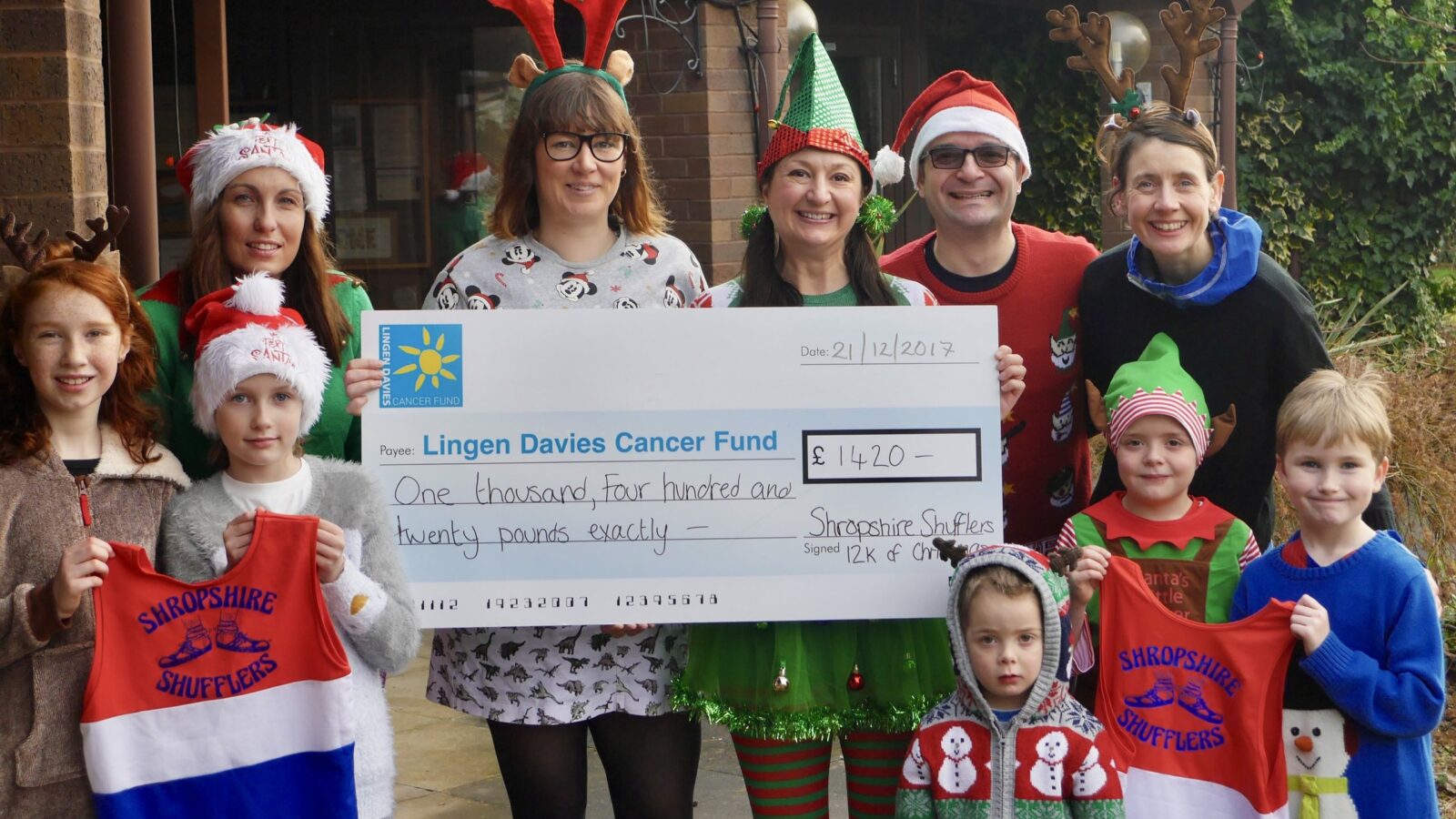 Shropshire Shufflers have once again put their festive feet forward for a good cause this Christmas, with the return of their popular ‘12k of Christmas’ challenge.

Over the last few weeks, over 300 people from Oswestry to Oslo have run, walked, jogged, swam, sledged and skated a minimum of 1k a day for 12 days during Advent. Even the heavy snows last week haven’t deterred them and together they have complete over 3,700 kilometres (2,300 miles) in aid of Lingen Davies Cancer Fund. That’s enough to get from Shrewsbury to the North Pole!

Corporate teams from across the county have taken part, including Muller in Market Drayton, Sidoli in Welshpool and Barclays in Shrewsbury.

The event has almost doubled in size since 2016, and today a group of Shufflers completed their last kilometre together in order to hand over a cheque for £1,420 here at Lingen Davies HQ, which will contribute to our £1.25 million 40th Anniversary Appeal  We’re really impressed with this event- it’s a simple idea that has got a lot of people involved in fundraising and keeping fit in December, when it can be especially tough to get your running shoes on!

A huge thanks goes to all the Shufflers and everyone who’s taken part in the 12k of Christmas- you’ve all earned your mince pies and turkey for the weekend!

If you’re feeling inspired by the 12k of Christmas, why not check out our events listings? We’ve pulled together loads of running events in the local area to aim for, and raise some sponsorship for a great cause in the process!