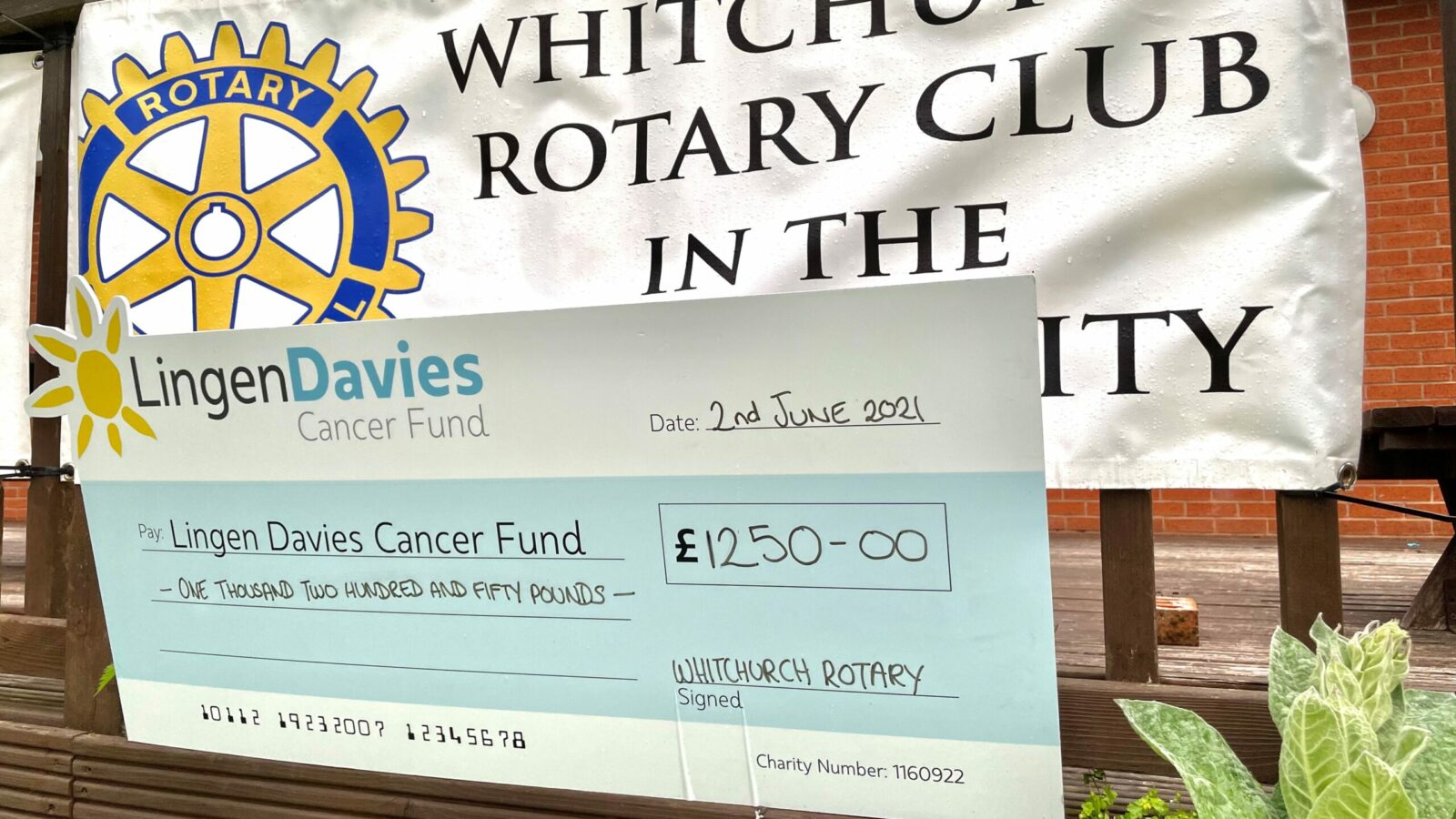 A dedicated group of Rotarians has donated more than £7,000 to Shropshire charities – despite only taking half the usual amount during their main fundraising drive

Whitchurch Rotarians have given £1,250 to Lingen Davies Cancer Fund, as well as sharing money out amongst ten other charities including Severn Hospice, Hope House and the Air Ambulance.

Ian Fawcett, outgoing president of the Rotarians, presented a cheque to Mary Evans, a volunteer for Lingen Davies, who attended the presentation event on behalf of the charity which funds equipment, staff and facilities for cancer patients at the Royal Shrewsbury Hospital.

Walter Shafer, Community Service Chair for Whitchurch Rotarians, said it was wonderful to be able to support so many charities despite the impact Covid has had on fundraising.

“Our main fundraiser of the year is usually when we take Father Christmas and his sleigh around the town to meet children. We were lucky we could still do that last year but obviously we were unable to knock on doors so we had to rely on people coming out to us.

“Many did and we were so pleased and touched at the effort shown, people were very kind and we were delighted that we could still raise money. The kids really enjoyed Father Christmas and it was great to be able to still do that.

“We raised £7,080 in total which has been shared out between ten different charities,” he said.

Helen Knight, Development Manager for the Cancer Fund, said it was a wonderful donation from the Rotarians.

“We all know how hard fundraising has been over the last year and to benefit from the fabulous efforts of everyone at the Whitchurch Rotary Club is really appreciated.”

In previous years the Rotarians have organised well-supported pop-up clinics to test for prostate cancer. They are hoping to be able to run it again this autumn for men in and around Whitchurch.