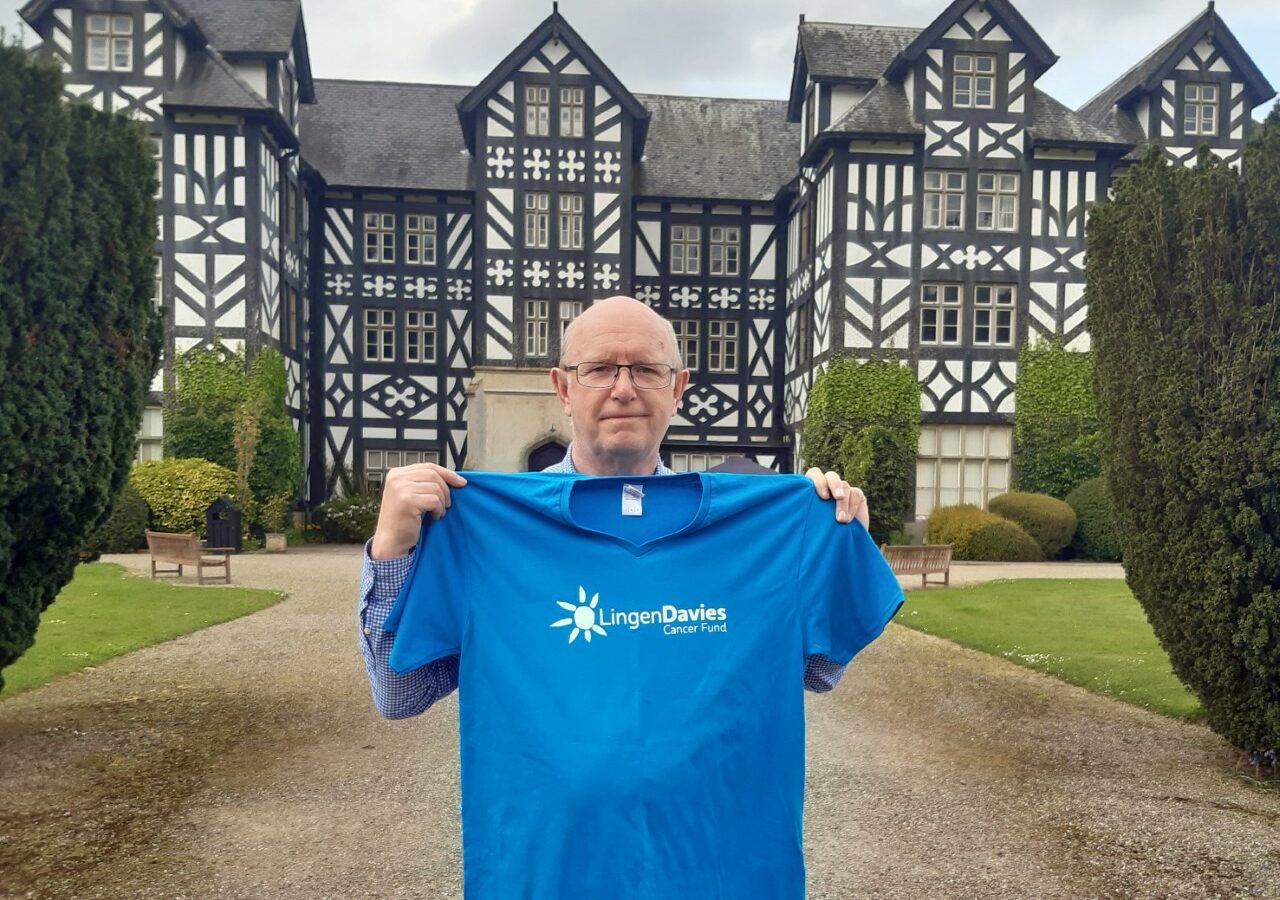 Charity fundraiser Alun Roberts, known to some of his friends as Pinky, lost his brave battle against prostate cancer on Christmas Day last year.

Now his daughter Sara and a school friend, Duncan Foulkes, are organising a 3.6 mile Pinky’s Walk in his memory on Saturday, 28th May, at 10.30am to raise money for a charity very close to his heart – us.

Sara and Duncan are hoping that many of his friends will join them and their families on the scenic circular walk from Gregynog Hall, Tregynon, near Newtown. Walkers will be asked to donate £5 to the charity to join the walk which can be extended to 6.2 miles for those who wish to stretch their legs.

A JustGiving page – https://www.justgiving.com/fundraising/pinkyswalk – has been set up for those who are unable to join the walk but would still like to support the fundraising.

Duncan said: “Pinky, who lived in Llanfair Caereinion, and I had planned to do the walk together after the pandemic, but sadly we never managed to get around to it before he passed away.

“He had battled prostate cancer bravely and supported others who were in a similar situation to himself. With the support of Pinky’s daughter, Sara, I have arranged to do the walk to celebrate his life whilst also raising money for Lingen Davies Cancer Fund.

“This is a charity very close to Pinky’s heart as he appreciated greatly the care and treatment that he received at the Lingen Davies Cancer Centre at the Royal Shrewsbury Hospital. He always praised the doctors and nursing staff but often dreaded his hospital visits to receive his latest test results.

“I first met Pinky when we started Llanfair Caereinion High School together nearly 53 years ago. He remained the same friendly, kind, caring and optimistic person for most of his life and I, together with his many friends, miss him very much. I am hoping many of Pinky’s friends will join us on the walk which will not be too strenuous. The walk is open to anyone who would like to stretch their legs and raise money for a deserving charity. A big thank you goes to Gregynog Hall for allowing us to organise this walk.”

The 750-acre Gregynog estate is a National Nature Reserve and a Site of Special Scientific Interest. The black and white hall and the surrounding gardens and woodland are stunning at this time of year, with flowering rhododendrons, azaleas and carpets of woodland bluebells.

Helen Knight, Head of Fundraising for Lingen Davies, said: “Alun was a great supporter and fundraiser for our charity. He was such a caring person and he is missed by the team here.

“I think the walk in his memory is a great idea and I thank Duncan and Sara for organising it. I am sure it will be well supported by his many friends.”