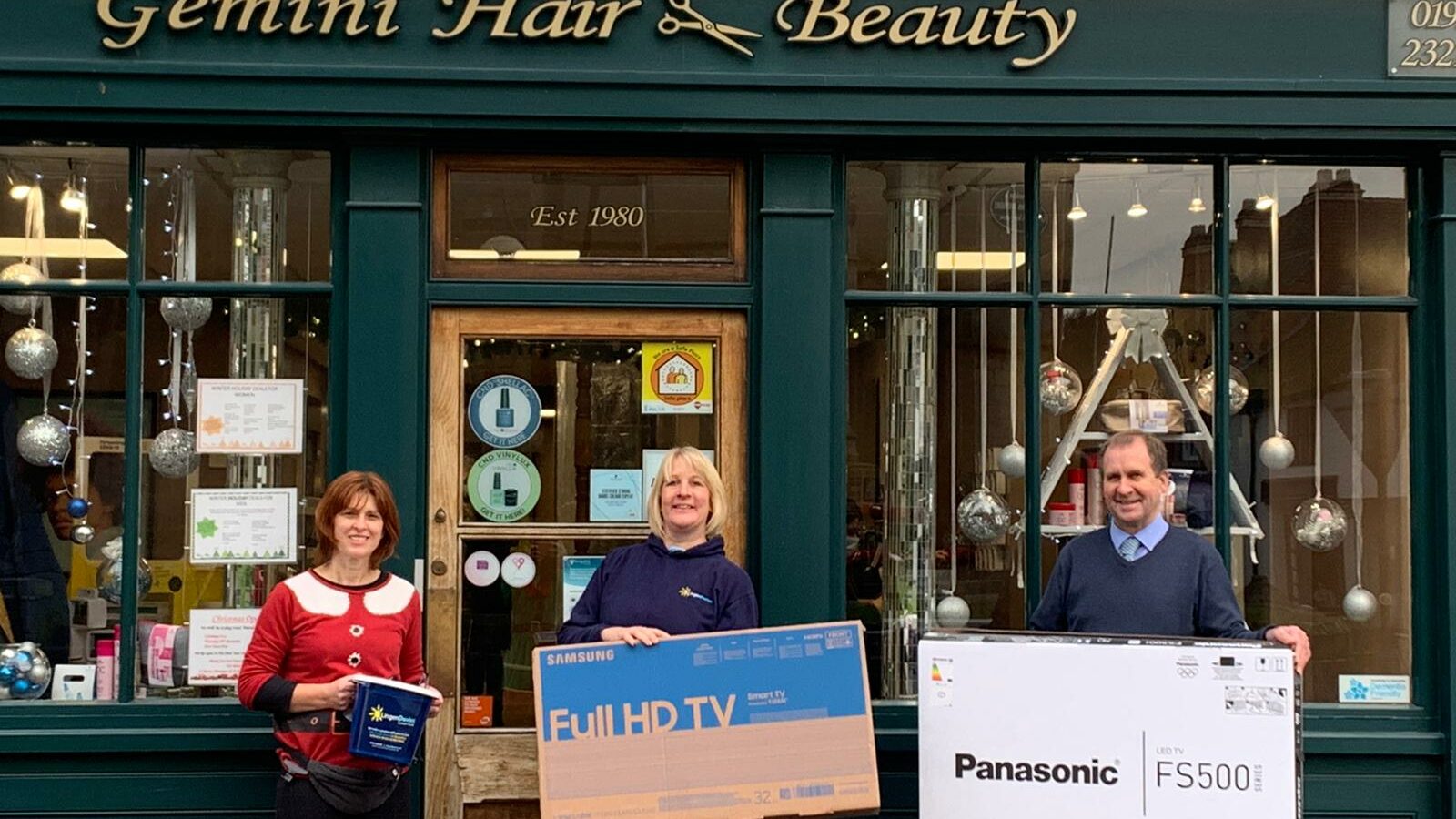 Patients waiting for treatment have been given a boost thanks to the fundraising efforts of a Wem-based hairdresser.

Helen Jones, who runs Gemini Hair in the town, organised a week of fundraising at the salon after a friend had undergone radiotherapy at the Lingen Davies Cancer Centre at the Royal Shrewsbury Hospital. Helen approached the Lingen Davies Cancer Fund charity which fundraises to enhance cancer services throughout Shropshire and Mid Wales with an idea to help.

After her friend remarked on the lack of television screens or radio in certain parts of the Cancer Centre’s waiting room, Helen asked customers to support her fundraising and has now purchased three new television screens from Princes in Wem which have been installed in waiting areas.

Helen said she was delighted to help and wanted to do something for the Centre as a thank you.

Helen Knight, Head of Fundraising for Lingen Davies, said: “We are delighted at this wonderful donation from Helen and her customers at Gemini Hair, thank you to everyone involved.

“The screens have now been installed in the Cancer Centre and not only will they show daytime television, we will also be screening dedicated Lingen Davies Cancer Fund content to let patients know about our work, and how we are helping to improve cancer services throughout our region,” she added.