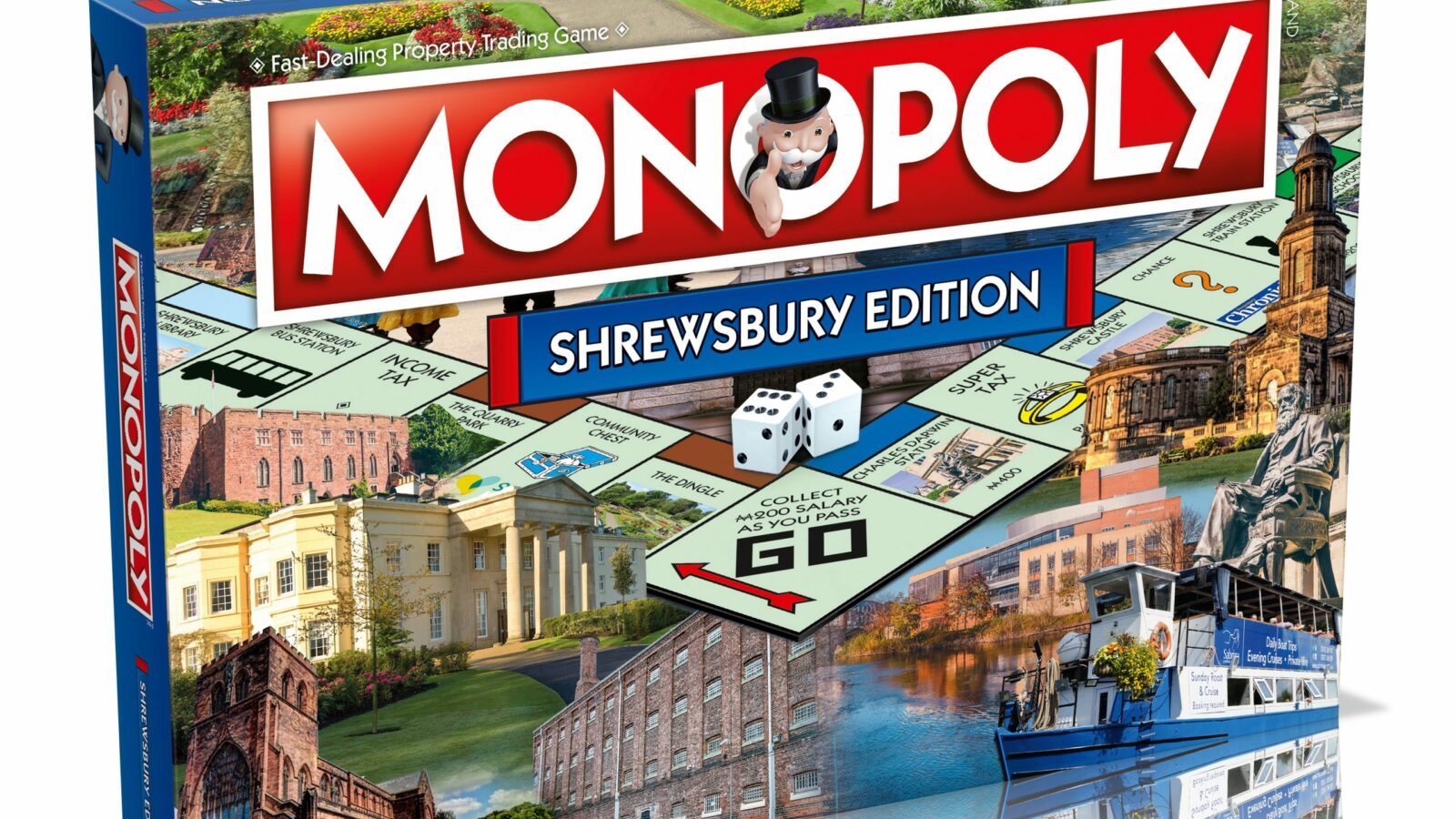 And… drum roll… we get to star in it!

We land on one of the Community Chest spaces in this brand new edition, which was launched this morning at a high profile ceremony, attended by the Mayor of Shrewsbury and Town Crier, as well as Mr Monopoly (no less!), at Shrewsbury Prison.

Amongst the very many leading town landmarks that get to feature in the game (along with Lingen Davies, of course!), are Shrewsbury Prison, the Charles Darwin Statue, Shrewsbury School and pretty much all the great and good of the town!

We are also joined by three other fab local charities; Shropshire Cat Rescue, Shrewsbury Ark and Severn Hospice. The charities were all chosen in a vote by local people, and we are so grateful to everyone who voted for Lingen Davies to be featured on the board. We are proud of our roots in the local community and it is wonderful to have such a level of support.

In this new unique version of MONOPOLY, whilst the rules stay exactly the same, the spaces all become exclusively Shrewsbury landmarks and favourites. and the Chance and Community Chest cards are customised too; one fines players for accidentally dropping their phone into the River Severn!

We are very much looking forward to playing Shrewsbury Monopoly this Christmas!!

Winning Moves UK are the makers of this version under official licence from MONOPOLY owners, Hasbro.