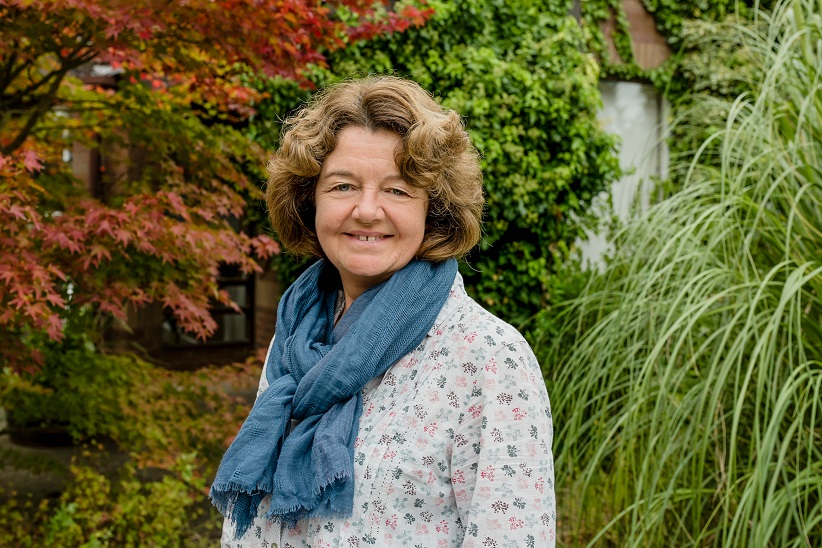 In 2004, I supported a close friend in raising funds for Lingen Davies Cancer Fund. She had been diagnosed with a very aggressive form of cancer in her mid 30s and was successfully treated at the Lingen Davies Cancer Centre. Following several fundraising activities, we came to the tiny office tucked away in the Hamar Centre, to hand over a cheque for over £11,000.00 to the then Fundraising Manager, Eryl Williams. And then we got on with living our lives. My friend, a fellow teacher, had recently married her fiancé; they went on to become busy parents to three lively, lovely children.

I didn’t go looking for a career in Fundraising; rather, it came looking for me.  Following a twenty-year career in teaching, I spent a further eleven years running an EU-supported work placement programme for young people from Wales. My post was funded year-by-year by the Welsh Government and I did wonder, each year, whether the funding would be renewed. When the central government cuts really began to bite, the post was made redundant and I found myself unemployed at a time of life when it can be challenging to start again.

Meanwhile, my husband had been diagnosed with and treated for prostate cancer and was very keen, as so many Lingen Davies patients are, to ‘give something back’ in return for the superb care he was receiving. We organised a Christmas concert in aid of Lingen Davies Cancer Fund in December 2014 and, the following year, Dave wrote and published a walking guide, ‘The Oswestry Round’, to raise further funds for the charity. In early January 2016, Dave had an appointment at the Lingen Davies Cancer Centre and I accompanied him. He mentioned that he would like to call in to the charity’s office to hand over the funds raised at our second Christmas Concert. While we were there, I got chatting to Louise and Liz, mentioned that I was looking for a new job and was encouraged to apply to cover Louise’s maternity leave. To my great relief, I was appointed to start in March 2016; I had a job for the next 12 months.

My role as Fundraising Officer is really all about people; volunteers, supporters, donors. I’m interested in other people, their experiences and stories, their aims and their plans. I had no direct experience of work in the charity sector but discovered that I loved the job and had acquired a fund of transferable skills that proved useful in my new role. Having an eye for detail, good communication skills, and a sound level of numeracy and literacy, all help. When the charity began to expand its activity and set out to raise more challenging sums, I was asked to apply for the part-time post of Fundraising Officer. I didn’t want to work anywhere else and am still here 4 years after I started.