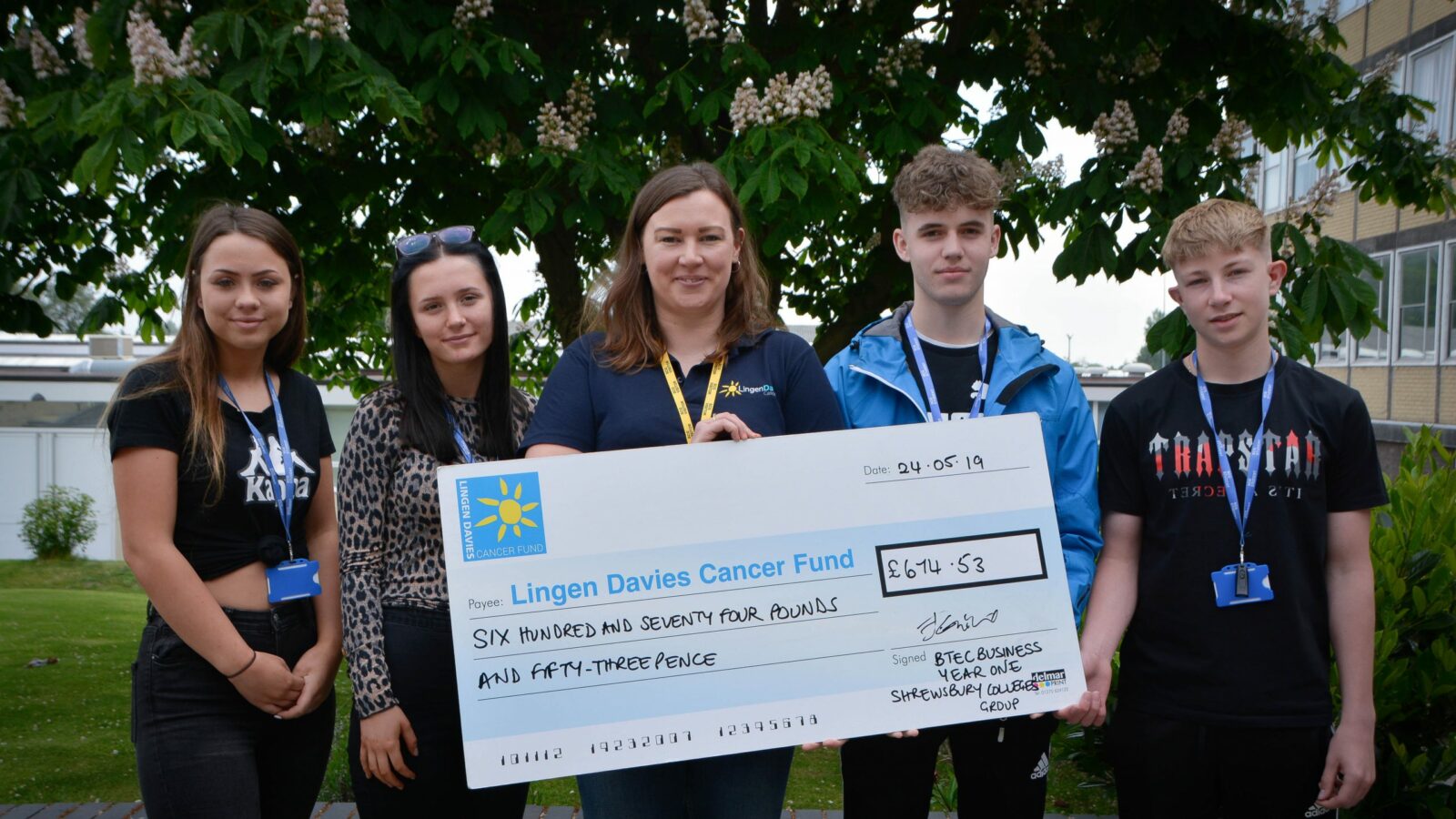 Each year teams of Level 3 Extended Diploma in Business students organise fundraisers as part of their course. Students have to plan, implement and evaluate a real-life event in groups of four. This year there were nine teams in total – six of those volunteered their time at College events and the other three organised their own events. All involved get to practice first hand life-skills of setting up and running an event with the purpose of making a profit for charity.

The three student-run events raised over £1500 for Lingen Davies, Hope House and Severn Hospice. There was a cheese and wine night in Clayton Hall, a Charlie and the Chocolate Factory afternoon tea in Origins Restaurant and a summer barbeque at Bomere Heath Cricket Club.

The latter was organised by Lucy Preece, 17, from Bomere Heath, Lauren Day, 17, from Baschurch, Cameron Nance, 18 and James Gwilt, 16, both from Shrewsbury. The group knew they wanted to have a barbeque, which was the simple bit, but they also wanted a DJ, band and raffle with good prizes.

The team said: “We created all of our own marketing materials and were particularly keen to advertise the event on social media. We invited students, friends, family and local residents and sold tickets for £3 with food and drink paid for at the stalls. All of us worked well together to make the event a success and we had a great evening – especially when the sun came out after a bit of rain.”

Cameron added: “I suggested that the funds we raise go to Lingen Davies Cancer Fund because it is a great local charity that makes a positive difference to people affected by cancer and they recently celebrated their 40th anniversary.”

To find out more about courses at Shrewsbury Colleges Group call 01743 342333 or visit www.scg.ac.uk