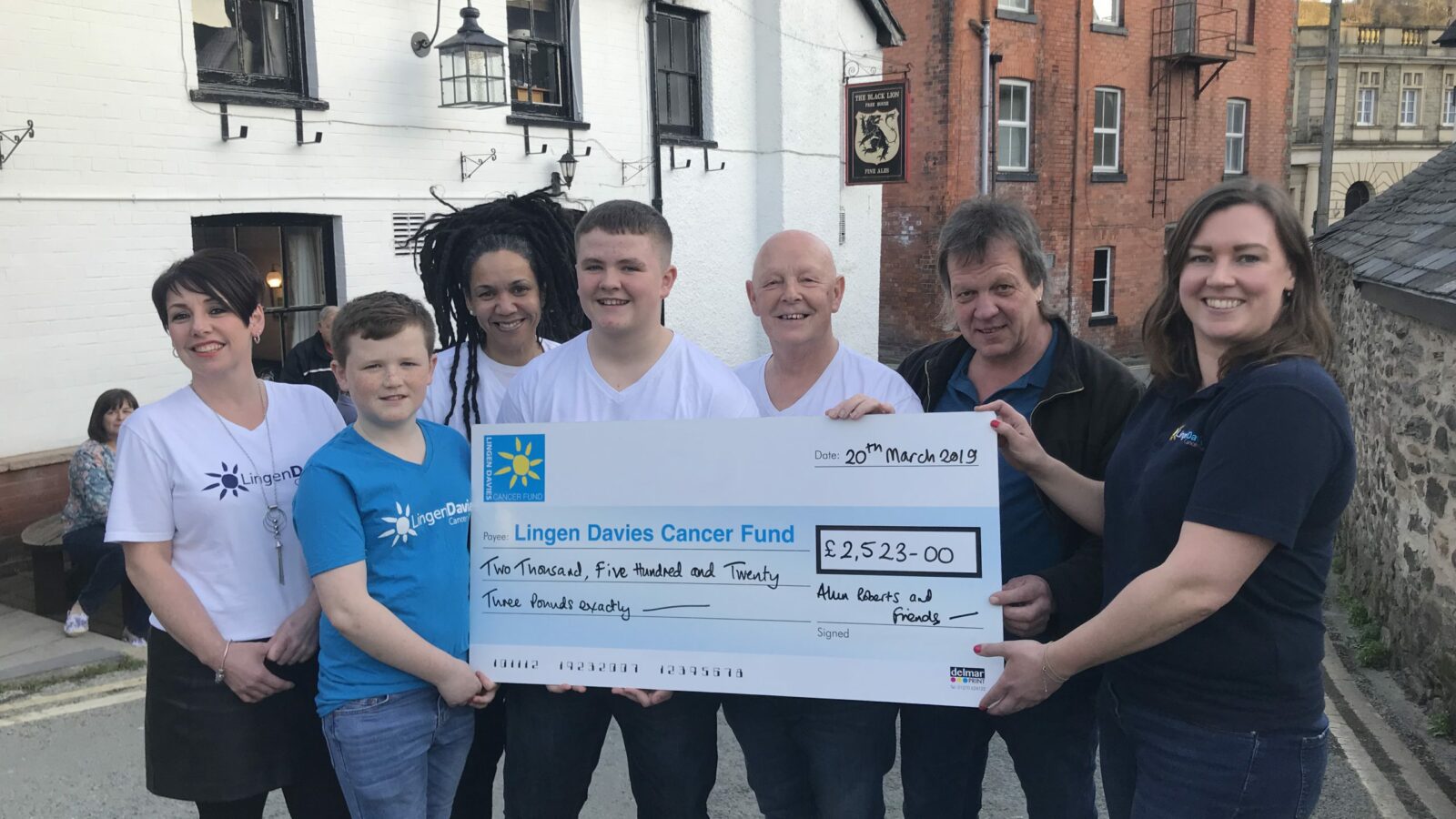 A big thank you goes to Alun Roberts and his friends and family, who have raised a fantastic £2,323 from their fundraising efforts.

This fabulous total has been raised from a live music night at the Black Lion in Llanfair Caereinion starring Sue Warren (pictured third from left), and a headshave braved by Alun’s grandson JJ (pictured fourth from left).

Alun has really got his friends, family and community behind him in his efforts, and still has more plans to come!

Alun is currently having treatment for prostate cancer at the Lingen Davies Centre, and has spoken to us about the need to get the message out into the public about the signs and symptoms of cancer.

He said “I’ve been doing a lot of fundraising- it makes you realise that people are so kind and they do want to help. There’s just been an article in the Powys County Times about prostate cancer; it’s so important to get the message out. You’re not quite so cocky when it happens to you- I wish somebody had told me more about it.”

He has shared his story of treatment with us, and you can find out more about his experience here

Picture shows Alun (third from right) along with his fellow fundraisers presenting their cheque to Lingen Davies CEO Naomi Atkin at the Black Lion, Llanfair Caereinion.