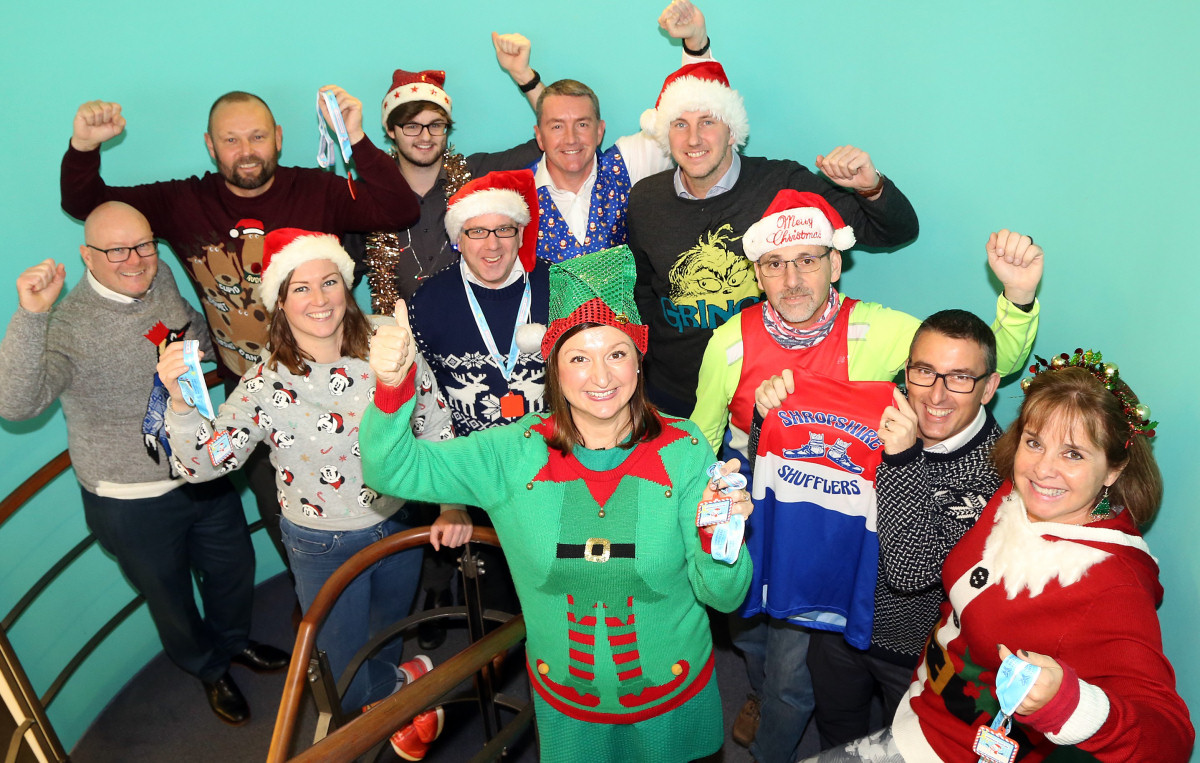 The initiative asks people to commit to walking, jogging or running one kilometre a day for 12 days in December, with the aim of raising funds for the Lingen Davies Cancer Fund Ruby Appeal.

Organiser Francesca Hutcheson, who is the Tax Director at Dyke Yaxley Chartered Accountants in Shrewsbury, and who is also a trustee of the charity, said they had been overwhelmed with the response this year.

“When we started out in 2016, we had 125 people taking part, which grew into over 300 last year, and now we have 580 challengers signed up for this year’s event. If all 580 people complete their 12k, they will cover enough miles to stretch from the Lingen Davies Centre in Shrewsbury all the way to Saskatoon in Canada, which is where our furthest afield participants are this year.”

Mrs Hutcheson said the festive fitness fund raiser had been well-received by club members as well as a wide range of businesses and organisations across the county and beyond. “Our aim is to raise around £2,400 this year, which will take us close to £5,000 in total since we started our first challenge in 2016.”

The largest team entry for 2018 comes from Oakmeadow Primary School in Bayston Hill, where 150 pupils have signed up, and other large team entries include Nick Jones Wealth Management, Muller in Market Drayton, Beauty by Sarah, Aaron & Partners, Beaver Bridges, Henshalls, Sidoli in Welshpool, and a team of Mrs Hutcheson’s colleagues from Dyke Yaxley and Flex IT.

“We’re delighted to see so many people pledge their support for our 2018 event, and with our youngest entrant just nine weeks old and our oldest 94, it’s a challenge that’s certainly appealing to a wide audience.”

The Lingen Davies Cancer Fund raises money to improve cancer services in Shropshire, Telford and Mid-Wales, and will celebrate its milestone 40th anniversary in 2019. The appeal was launched in 1979 by Bernard Lingen, then mayor of Shrewsbury, and local accountant Frank Davies. It has contributed around £18 million in today’s prices to improve cancer services in the local area. Estimates show that around 75,000 people have had their care improved through the impact of the fund throughout the four decades it has been running.