Aidan lives in Wellington. He was diagnosed with prostate cancer in 2015.

In May 2015, as I was heading in my late 50’s, I went along to my doctor and asked for a PSA test. I knew I was more at risk of prostate cancer as I got older so I wanted to make sure everything was OK.

The test measures levels of Prostate-Specific Antigen (PSA) in a man’s blood- high levels can indicate the presence of prostate cancer. I went along to my GP, who first did a Digital Rectal Examination (DRE) [where the doctor feels the prostate to check for any abnormalities, more info here]. He didn’t find anything unusual, but I was still keen to take a PSA test, and the doctor agreed to do this. 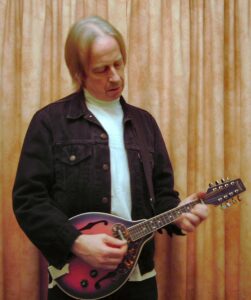 I had no real symptoms before I was diagnosed with prostate cancer; I’d had a bit of a slow urine flow, but I had thought that was just something that happens as you get older. It came as a shock when I was asked to make an appointment, as my PSA levels had come back very high. I was checked for urinary tract infections, had an MRI and bone scan, and then a prostate biopsy. While resting after my prostate biopsy, I was given antibiotics intravenously.

A week later, I was told I had an advanced and aggressive prostate cancer- much worse than I had expected. My cancer had also spread to the nearby seminal vesicles. The first treatment I was given was hormone therapy- this started as daily tablets, and after about a month I had a Zoladex implant* in my abdomen. I’ll have three years of hormone treatment in all.

In November I had another DRE and was told that I had a 50/50 chance of recovery. I began radiotherapy treatment in January 2016, every day for 7 and a half weeks. I had to have a CT scan first as I had been treated with radiotherapy before, for testicular cancer in 1994. Radiotherapy can damage healthy tissue, and they needed to try and limit the amount of treatment given to areas that had been treated before.

Before each session of radiotherapy I had to give myself an enema to empty my bowel, and then drink a certain amount of water. [The prostate will move depending on the fullness of the bladder and bowel, so this process ensures that the area needing treatment is in the same place each time]. I had to write my name and the time that I had finished drinking my water on a piece of paper, and the radiographers would use this to know when to call me in. I can remember other patients in the waiting room, who didn’t have prostate cancer, wondering what this was all about. 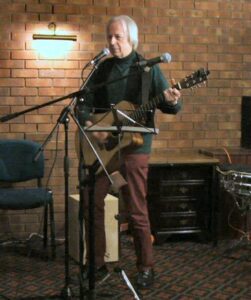 During radiotherapy, I needed to use the toilet more often, as healthy tissue in my bladder and bowel were affected by the treatment. I felt fatigue and experienced mood changes, hot sweats and feeling light headed. I was still able to do things I enjoyed- I play a lot of music, sometimes in public, and I continued to do this through my treatment.

I had a check up in April 2016, which was positive. My PSA levels had dropped from the first test at 31, down to 0.1 following radiotherapy, and have remained that way since. I’m still having side effects from the hormones, and will do so for another year as I continue the treatment. It’s a nuisance but I am doing OK. 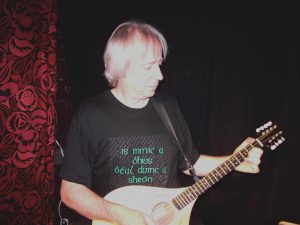 *Zoladex is a type of drug known as a luteinising hormone (LH) blocker. It can be given to both men and women as part of treatment for cancers and other conditions that are affected by the body’s production of hormones. In men, it slows down or stops the production of testosterone; this slows down the growth of prostate cancer or shrinks it.

As part of our 40th Anniversary Appeal, Lingen Davies are currently raising money for an MRI Guided Prostate Biopsy Machine to help improve accuracy of diagnoses and reduce the number of biopsies a patient may need. For more information click here

Meet Tom and Lisa from Pontesbury

Tom, a secondary school PE teacher, was diagnosed with cancer in his salivary glands in February 2017. He lives with his wife Lisa and their three children in Pontesbury. Tom and Lisa spoke to us together, to talk about Tom’s treatment and how they managed as a family through a challenging time.